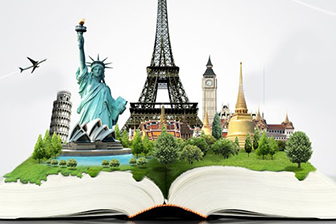 Belgorod City Founded in 1954, the city of Belgorod is located on a geography named as the defender of the Russian Federation, black soil. Kursk is located in the northern part of the city and in the Voronezh region. It is one of the closest cities of the Russian Federation with the Ukrainian border in its south and west. It takes 12 hours by train to travel between Moscow and the capital of the Russian Federation. Belgorod city, which is divided into 21 sub-regions, is spread over an area of ​​21.7 thousand kilometers. Belgorod region has a population of over 1.5 million, 90% of which are Russians, 5% of Ukraine and 5% of other nations. The city of Belgorod has a population of about half a million.

The city of Belgorod, which exists with its economic area, is very rich in terms of mineral resources. Mines, which are the basic building blocks for heavy industry such as iron, find densely urban dimensions. Despite such waste in industry, it is one of the most important resources in the economic market for the city of Belgorod in agriculture. Belgorod city is one of the regions where it is located. The city of belgorod is a shining star among industry, industry, culture and culture.

The city has approximately 60 large and small companies. Companies from different sectors such as mechanical engineering, metalworking, construction materials, food industry and pharmaceutical production keep the city’s economy alive. The city of Belgorod undertakes its industry with big companies such as Belvitaminiy, Sokol, Belgorod Cement and Novator Belgorod. Belgorod, where economic growth continues and its development has become a center of attraction in different sectors, is also experiencing increases in the number of large and small businesses.

The housing sector is also well developed in the city of Belgorod. It is one of the leading cities of the Russian Federation in this field with its active housing market. It plays an effective role in the growth of the city’s economy in the agricultural industry and agricultural business.

Education in Belgorod City
Belgorod city is one of the most important and largest university cities of the Russian Federation. There is a very high rate of foreign students in Belgorod city universities with 50 thousand students. Large-scale Investments are made in the city of Belgorod in the field of education. Education quality also gives training in world-class universities in the city of Belgorod is the world’s many different countries from Turkey as teaching students the day.

The city of Belgorod, which has universities as well as international, is the world’s leader in science and culture.
is one of the cities. Special from Belgorod city universities; Belgorod City Universities

Places to Visit in Belgorod City
Although the city of Belgorod was founded in 1954, the Belgorod rating date dates back to the year. It is possible to come across traces of the second world war on his street. There is a wide range of cultural, historical and natural places in the city. The city of Belgorod, which is flooded with tourists from different countries of the world, is very rich in cultural histories and cultural changes.
russia belgorod city, Belgorod city tours include historical and cultural places such as Dramtic Theater, Smolenskiy Church, Art Museum, District Council, World War II Monument, Lenin Park, Archangel Michael Church and Technology College. Belgorod city also has a natural and green city structure with its parks spread throughout the city.

The city of Belgorod has 5 museums, 2 theaters, 4 cinemas and 6 cultural centers. It also reveals the reading habits of the city with its 20 libraries. With the old cathedrals and the architecturally tourist buildings of the city, the modernizing society that comes to the city can witness the most valuable works of history. Belgorod was also awarded the rank of Academic Theater M.S. Şepkin Belgorod Drama Theater is located.